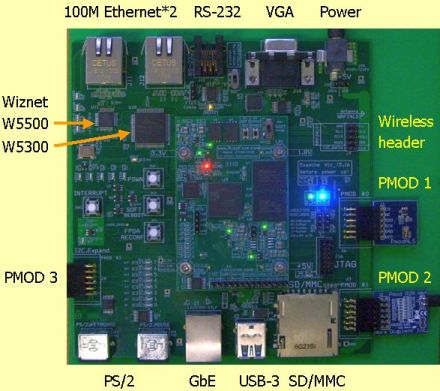 The two PMOD boards demonstrate how this system can be used for control applications. The upper PMOD provides an ambient light sensor, while the lower PMOD provides analog output via R2R ladder DAC. Both PMODS are from Digilent. We have not written any drivers yet. 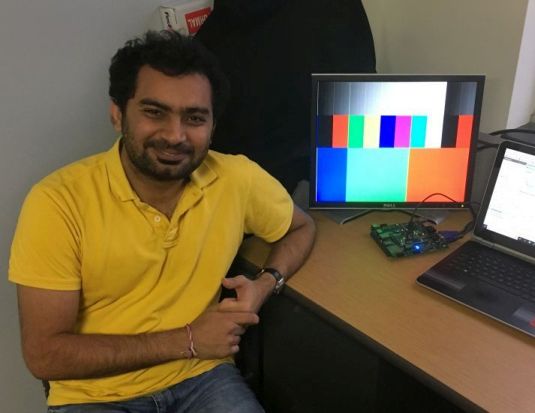 Nov/01/2018. We achieved the next milestone. Junior Electrical Engineer Mr. Vedant Karia demonstrates a test VGA screen generated with the RiskFive system connected to the VGA monitor. Vedant borrowed the VGA generator test firmware from the firmware collection by Pong P. Chu. We can now proceed to develop the graphics capabilities of the RiskFive system.